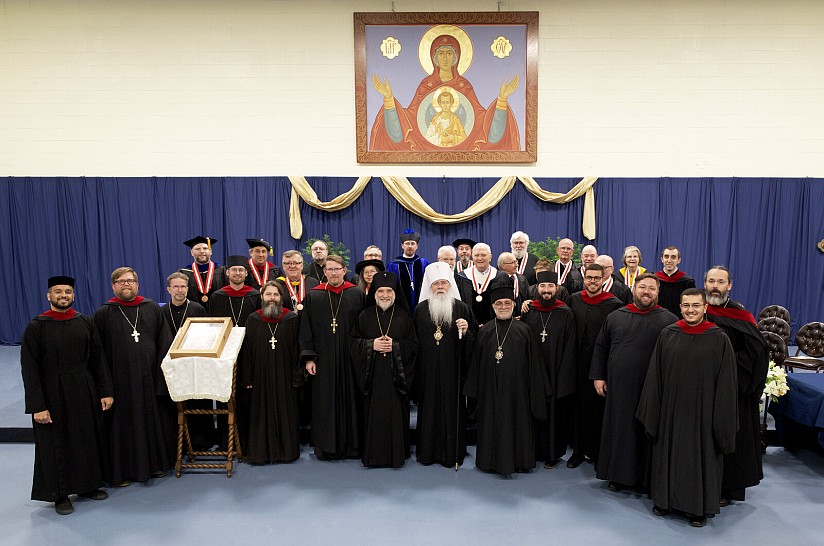 South Canaan, PA -  St. Tikhon’s Orthodox Theological Seminary held its Eightieth annual commencement exercises on 27-28 May 2022 (See the program HERE). During the exercises the Seminary graduated nine students from its Master of Divinity Program, and awarded one student a Certificate in Pastoral Studies.

On Friday evening, the Seminary community gathered for a program that included:  remarks by the Dean of the Seminary, the V. Rev. John Parker III; the charge of the Rector, His Eminence, Archbishop Michael; the commencement address delivered  by His Grace, Bishop Thomas of the Antiochian Orthodox Christian Archdiocese; and a concluding address by the Seminary’s President, His Beatitude, Metropolitan Tikhon.

Saturday’s festivities began with a festive Hierarchical Liturgy, at which a graduating third-year senior, Deacon Thanasis Kombos was ordained to the Holy Priesthood by His Eminence, Archbishop Michael, Seminary Rector.  Following the Liturgy, the afternoon’s Commencement Ceremony was opened by Metropolitan Tikhon amidst a standing room gathering of family and friends in the Seminary’s Convocation Center.

In addition to the awarding of degrees and academic honors, the Seminary Alumni Association's presented its Alumnus of the Year award to two recipients.  The award was first given to the Mitered Archpriest Nicholas Molodyko-Harris,   and was presented posthumously to the Mitered Archpriest John Nehrebecki.  The students of the Class of 2022 presented the Alexander Atty Institutional Service Award to the Seminary’s Administrative Assistant, Mrs. Marina Hitchcock.  Following the commencement exercises all those gathered enjoyed a wine and cheese reception hosted by the Seminary. 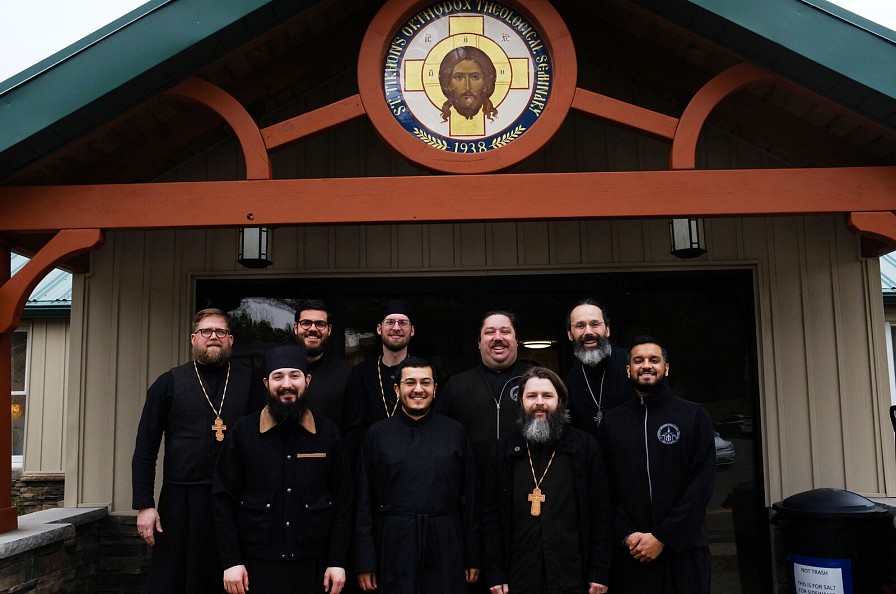